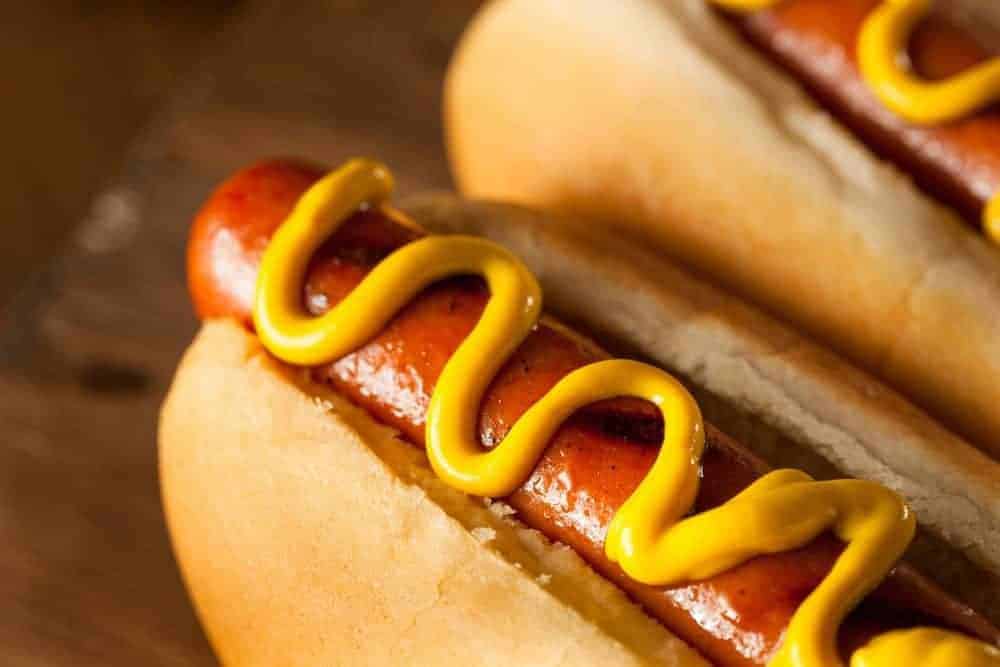 With over 11 million annual visitors, Tennessee’s Smoky Mountains are a great place to launch a business. Like many entrepreneurs in the area, Teagan Huskey is starting small but has big plans to expand. Unlike most local entrepreneurs, however, Teagan is only 11-years old!

This summer, with a little help from her parents, Teagan started “Teagan’s Tasty Dogs”, a hot dog cart that can be spotted around Sevierville. Local news station WVLT recently caught up with Teagan to learn all about her new business.

While other kids her age were asking Santa for toys, video games, or bicycles, Teagan Huskey had something else on her Christmas list. Instead of a typical gift, Teagan wanted to own her own business.

Teagan’s holiday wish came true when she received an old fashioned hot dog cart under the tree. Featuring a heated roller, steamer, and compartments for buns, condiments, and cold drinks, the retro red cart had everything the young entrepreneur needed to cook and sell hot dogs.

Since hot dogs are a summertime tradition, Teagan waited until the warm weather arrived to officially launch her portable restaurant. In the past few months, Teagan has been setting up shop at businesses and yard sales around Sevierville. Drawing in customers with ballpark-style chants of “come get the hot dogs”, Teagan’s Tasty Dogs has been a hit with vacationers and locals alike.

Teagan has proven herself to be a master marketer. The 11-year old business owner composed her own jingle to promote her brand: “I’m the Hot Dog Queenie, come call me for your hot dog weenie”. Teagan has even been known to sport a fun hot dog-shaped hat while she is on the job.

Logan Huskey, Teagan’s father, has been very supportive of Teagan’s Tasty Dogs, telling WVLT, “It gives you a sense of pride…It lets you know that you as a parent have taught her well.” In particular, Logan feels that running a business at such a young age teaches self-sufficiency, builds self-esteem, and inspires “that drive to work for what she wants in life”. What’s Next for Teagan’s Tasty Dogs

Teagan has ambitious plans to grow her business. She is applying for a permit and will continue to sell hot dogs throughout the summer. Her immediate goal is to make $300 so she can purchase a snow cone machine. As Teagan adds more sweets to her menu, she hopes to transition from “Teagan’s Tasty Dogs” to “Teagan’s Tasty Treats”.

Where to Find Teagan’s Tasty Dogs

If you want to try one of Teagan’s hot dogs this summer, be sure to follow the official Teagan’s Tasty Dogs Facebook page to see where her cart is during your visit. Each hot dog costs a few dollars and comes with your choice of condiments.

For a complete listing of all of the best restaurants in Sevierville, Pigeon Forge, and Gatlinburg, check out our guide to Dining in the Smoky Mountains! 4 New Bars & Breweries in Sevierville TN to Check Out New: All the Details About Trotter’s Whole Hog BBQ in Sevierville TN