David Landsel was a man on a mission. As a writer for Food & Wine magazine, he was tasked with the enviable job of reviewing the award-winning food at Dollywood. But rather than spacing his dining out over the course of a few days, David mounted a truly ambitious quest. He set out to eat as much of Dollywood’s food as he possibly could in just one day. Some people may call David foolhardy, but here at Visit My Smokies, we just call him a hero.

After a day of Olympic-level eating, David wrote up his recollections in a fun piece that is fittingly titled, “I Tried to Eat Everything at Dollywood in One Day. Here’s How That Went”. The article is some of the finest food journalism we have ever read. To help you prepare for your next vacation in Pigeon Forge, TN, we have shared some of our favorite excerpts from David’s culinary adventure at Dollywood.

A Gluttonous Start at Granny Ogle’s David began his mythic journey at Granny Ogle’s, where he enjoyed beef pot roast, smoked pit ham, meatloaf, cornbread, mashed potatoes, pinto beans, turnip greens, chowchow, coleslaw, and fruit cobbler. While he originally planned to just “pick through everything and move on to the next meal”, this strategy quickly crumbled. The food was just too tasty to stop eating.

“Problem was, the food in front of me right now wasn’t just good—I’d go as far as calling much of it exceptional. The pot roast was pulled, tender, doused in rich gravy. The pit ham was also pulled, gorgeous in its not-too-salty, naked simplicity. I wiped both of them out, and quickly; the ham, I felt, went exceptionally well with the chowchow, which also quickly disappeared…The pinto beans were beautifully straightforward, perfectly cooked, classic, a total throwback…

It really took just the one meal to see why Dollywood’s food so easily snaps up those Golden Ticket Awards—these are sort of like the Oscars of the theme park industry. You or I may not read the magazine Amusement Today, which created the awards, but the industry does, and Dollywood is very proud of its standings; out of the last seven years, their food has placed first four times. This makes a great deal of sense—the lunch I’d just eaten (well, the better part of two lunches, actually) didn’t feel like theme park food. It felt real, it was something I’d love to eat anywhere—quite often, actually, at those prices.” After snagging a fried chicken sandwich at Frannie’s Food Truck, David decided that no trip to a theme park is complete without funnel cake.

“Sold at Crossroads, most likely named for its location at the heart of the rather uniquely-shaped park, Dollywood’s funnel cakes are considered some of the best in the industry, and I couldn’t wait to try one. You can get them topped with all sorts of sweet stuff, Reese’s cups, cream cheese icing, what have you, but I was interested in the core cake experience—I even asked for no powdered sugar, which the cashier found rather perplexing at first. Mine came made to order, well-drained and crisp. Given what most people put on top of their cakes, it made sense that there was almost no detectable sugar in the cake batter—this was a beautiful specimen of fried dough like I’d never seen…One bite turned into two, into three, into four; before I knew it, the thing was half gone, and I regretted nothing. I’d paid only $6.99 and it could have fed two people, easily.”

Cinnamon Bread at the Grist Mill “Even more famous than the funnel cake, however, is the park’s cinnamon bread, baked fresh daily and sold at the fully operating Grist Mill, back up Craftsman’s Valley. It comes as a pull-apart loaf, kind of like monkey bread, but even simpler, drenched in butter and topped with a cinnamon sugar blend. Again, it’s just $6.99 for a loaf, which could serve more than two people this time, depending on their level of hunger; for 75 cents, you can get a cup of the park’s famous apple butter….The bread itself was the real deal, properly handmade.” Opened in 2017, the Front Porch Cafe is Dollywood’s newest restaurant. When David first perused the menu he didn’t know if there was anything “essential” he needed to try…until he spotted an unexpected dish.

“And then I saw—or, if I’m being honest, I was alerted to—the Cornish game hen. There it was, buried down at the bottom, between the grilled pork chop and ham dinners. Herb-roasted and served with a cornbread dressing, green beans, sweet potato casserole and a garlic cheddar biscuit. A whole Cornish game hen, mind you. The entire dinner was going for $14.99. This, I had to see…

It all came out—once again—at lightning speed; the game hen was one of the biggest I’d ever seen, cooked just right, a great-tasting bird that needed no real dressing up. The sweet potato casserole was studded with pecans and shot through with ample amounts of cinnamon, sugar and butter. (Not only was I eating my vegetables, I was getting a very good pecan roll for dessert.)”

Meatloaf at the Front Porch Cafe At this point in the day, David has consumed, and this is just a rough estimate, about 10 trillion calories. However, the siren song of the Front Porch Cafe’s meatloaf (his second serving of meatloaf for the day) proved too strong.

“But then, the meatloaf. Not just any meatloaf, but Dolly’s favorite thing on the menu here, apparently, along with the pimento cheese, but let’s be serious, if Dolly’s eating any of this stuff, it’s maybe a bite or two. Which is what I thought I’d be able to manage with the meatloaf. Once again—false. Crusty around the outside, rich with meat but almost pillowy on the inside, with just a hint of mustard in the mix, it was, by far, the most distinguished meatloaf I’ve had in years. I pressed the creamy horseradish sauce that came with the onion rings into service, resulting in one of the best accidental pairings you could ever possibly hope for. And, once again, I ate too much.” The meatloaf at the Front Porch Cafe ended up being David’s final hurdle because when his waitress offered him banana pudding for dessert, he simply could not summon the strength to say yes.

“I wanted to. I still want to. In that moment, however, I could do no more. I walked out of the park, drove up into the mountains, far from civilization, got out of the car and headed toward the sunset. At that point, I bet I could have walked clear over the Smokies and out to the Atlantic Ocean before being hungry again.” Thanks to David’s Pulitzer Prize-worthy investigation into the food at Dollywood, we can all plan our next lunch at the theme park accordingly. For more great advice about visiting the park, check out our Top 7 Tips for Making the Most of One Day at Dollywood! Which Smoky Mountains Restaurants Are Open on Christmas? 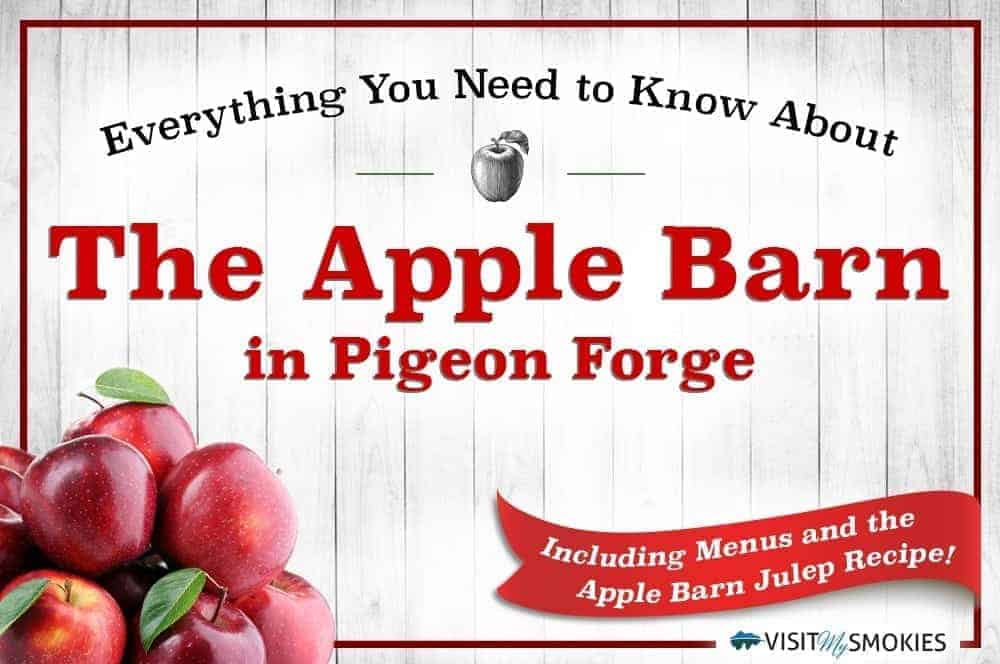