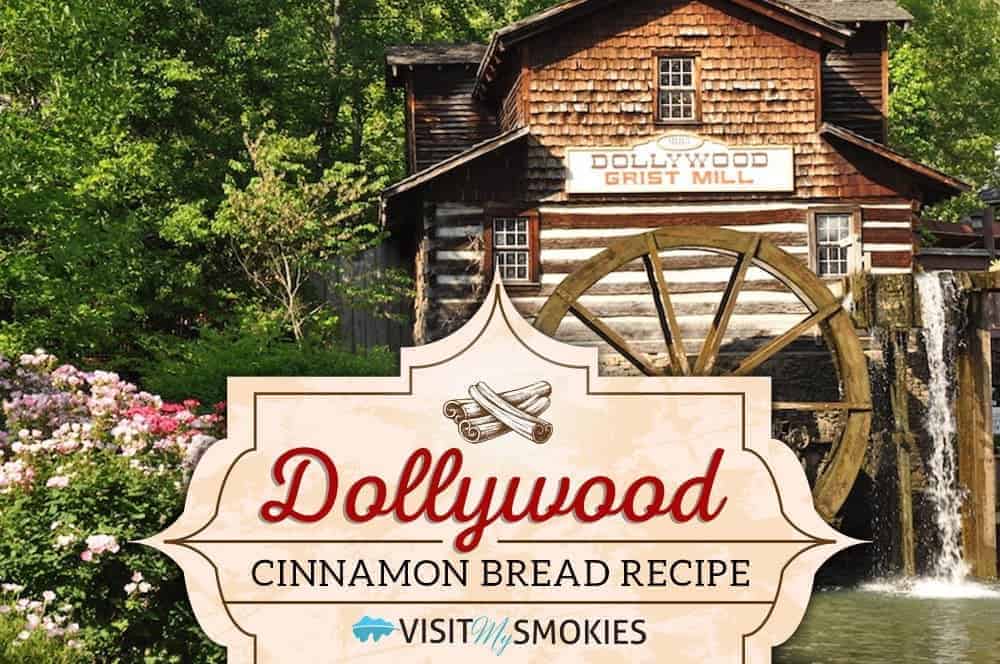 While Dollywood is most famous for its thrilling rides and world-class entertainment, it is also a great place to enjoy some mouthwatering country cooking! Dollywood currently holds a Golden Ticket Award for having the best food of any theme park in the world. Running the gamut from barbeque to pizza, Dollywood’s restaurants truly have something for everyone.

Nevertheless, one dish stands head and shoulders above the rest at Dollywood: the park’s irresistible cinnamon bread. Served hot from the oven, the Dollywood cinnamon bread just might be the best thing you’ve ever tasted. The theme park sells approximately 350 loaves of cinnamon bread an hour!

The flour for the bread is ground onsite at the park’s nostalgic grist mill. Constructed in 1982, Dollywood’s mill was the first fully operating grist mill built in Tennessee in over 100 years. Visitors to Dollywood can find the grist mill (and the cinnamon bread) in the Craftsman’s Valley section of the theme park.

For April Fools’ Day in 2016, Dollywood joked that it was launching a drone-based delivery service that would drop off freshly-baked cinnamon bread right at your doorstep. While we’re still holding out hope that Dollywood will make this a reality, in the meantime, the only way to enjoy the park’s signature dessert at home is to make it yourself. Read on to learn the secrets of the Dollywood cinnamon bread recipe.

The recipe for Dollywood’s cinnamon bread comes to us from Dolly’s Dixie Fixin’s, a cookbook released by Dolly Parton. To save time, the book suggests using store-bought frozen bread dough, but confident chefs can feel free to make their own. Happy baking!

Ingredients for the Bread

Ingredients for the Glaze

Combine the sugar and cinnamon in a shallow dish and set aside.

Cut the dough lengthwise into two pieces. Make 4 crosswise slits in each piece, taking care not to cut all the way through. Brush the loaves all over with butter, making sure to cover the creases. Roll each loaf in the cinnamon mixture, packing the cinnamon into the creases with your hands.

Place the loaves in the prepared pans and set aside in a warm place to rise for 30 minutes. While the bread is rising, preheat the oven to 300 °F.

Bake the bread, turning the pans around once, for 35 minutes, or until the top is golden and a tap on the bottom of the pan yields a hollow sound.

Meanwhile, make the glaze. In a small bowl, vigorously stir together the powdered sugar and water (or lemon juice) until the mixture is smooth and free of lumps. Turn the breads out onto a rack while they’re still warm and drizzle with the glaze.

After a visit to Pigeon Forge, the cast of the Hallmark Channel’s Home and Family were craving some cinnamon bread. Host Cristina Ferrare walks her friends through the Dollywood cinnamon bread recipe in the video below:

Looking for even more Smoky Mountain dishes to make at home? Check out these recipes from The Old Mill Restaurant and The Apple Barn! 10 Best Restaurants in Pigeon Forge and Gatlinburg for Dinner