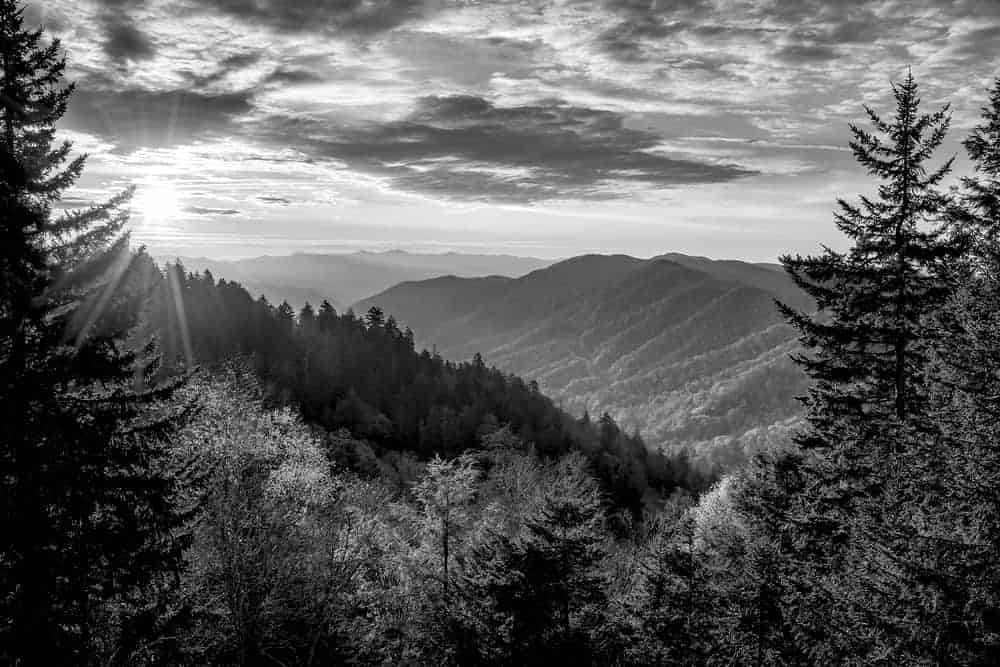 The Incredible True Story of Wiley Oakley: The Roamin’ Man of the Mountains

If you’ve visited Gatlinburg, TN, the name “Wiley Oakley” may ring a bell. Perhaps you stayed in a cabin rental located off of Wiley Oakley Drive? Or maybe you spotted the plaque dedicated to Oakley at the Gatlinburg Welcome Center?

Wiley Oakley is so fondly remembered in Gatlinburg because few people did more to spread the word about everything the Great Smoky Mountains have to offer. Nicknamed the “Roamin’ Man of the Mountains,” Wiley Oakley was a legendary wilderness guide who shared his love of the Smokies with such notable visitors as President Franklin D. Roosevelt, Henry Ford, and John D. Rockefeller. Wiley Oakley was also a hugely popular storyteller, whose tales from the mountains were broadcast on radio stations across America.

Visit My Smokies did a little research to bring you the unlikely story of how Wiley Oakley became known as the “Will Rogers of the South.”

Chasing Clouds in the Mountains

Wiley Oakley was born on September 12, 1885 at the foot of Mount LeConte, the youngest of eleven or twelve children. Wiley himself seemed unsure about exactly how many siblings he had, telling folks, “Thar was eight boys an’ three girls that I knowed of – but thar may a-been ‘nother boy.”

When Wiley was just a small child, his mother, Elmina, tragically passed away. Elmina’s untimely death inspired young Wiley to spend most of his time wandering through the mountains. Some of Wiley’s relatives had told him that his mother had become an angel with a flowing white robe and a starry crown. Little Wiley believed that if he climbed the tallest peaks and searched the sky, he could see his mother’s robe among the clouds or her twinkling crown amidst the constellations.

As Wiley grew older, he came to know East Tennessee’s wilderness like the back of his hand. According to Oakley, the only two possessions he had during his youth were his dog and his rifle, which were all he needed to pursue his favorite activities: hunting, fishing, and exploring the mountains.

Married by an “Invisible Preacher Man”

As a young man, Wiley became smitten with a local woman by the name of Rebecca Ann. Wiley and Rebecca were so eager to get married that one night they headed over to the preacher’s home without any forewarning. Given the late hour, the preacher was none too pleased to see them, and he initially refused to carry out the ceremony.

When Wiley and Rebecca persisted, the preacher had the couple slip the paperwork and money under the door and married them right on his front steps, without even coming outside. Wiley used to joke that he and his bride had “got hitched by an invisible preacher man!”

The Oakleys had a wonderful marriage and raised 12 children together in the Smokies. Like any relationship, the Oakleys had their fair share of “squawls,” including a famous quarrel during their honeymoon that sent Wiley to his “cow barn” to cool off. Wiley first recorded his cow barn story in 1949, and it was adapted for television as part of The Heartland Series in 1984:

Valentine's Day advice for couple's everywhere from one of Tennessee's wisest men and greatest storytellers. Wiley Oakley's honeymoon story was recorded in 1949 and was adapted for television by The Heartland Series in 1984.

Posted by WBIR The Heartland Series on Monday, February 12, 2018

An Ambassador for the Smokies

Over the years, Wiley Oakley became a local notable in the Smoky Mountains. Drawing in visitors with his friendly personality and homespun charm, Wiley operated a shop out of his home in downtown Gatlinburg that sold a variety of handmade gifts and crafts. Wiley also capitalized on his immense knowledge of the backcountry by offering guided trips through the mountains to hunters and fishermen from Knoxville and Nashville.

Wiley’s reputation as a stellar tour guide grew to the point where celebrities, politicians, and captains of industry from around the nation were seeking out his services for their hunting trips. As a movement to create a national park in the Smokies emerged, Wiley became an invaluable resource for surveyors plotting the park’s boundaries and scientists cataloging native flora and fauna.

Oakley believed deeply in conservation, telling his influential clients that East Tennessee’s wilderness is sacred and ought to be preserved. When President Franklin Roosevelt officially dedicated the Great Smoky Mountains National Park in 1940, Wiley Oakley stood among the guests in attendance.

New York Has Nothing on Gatlinburg

As Wiley’s star rose he became a popular guest on radio shows, where he would read poetic descriptions of the Smoky Mountains and tell a few tall tales. Wiley even traveled to big cities like New York, Chicago, and Washington D.C. to speak to audiences about his homeplace.

On one occasion, Wiley claimed that he was “kidnapped” by two women in a big limousine and taken to a radio station in New York where they offered him a $10,000 contract from a soap company for him to host his very own show. Wiley reportedly turned them down, telling an interviewer, “I didn’t want any of it. All I wanted was to get back home to the Burg.”

Wiley Oakley did indeed return to Gatlinburg and continued to roam through the mountains until he passed away in 1954 at the age of 69. In his eulogy for Wiley, Tennessee Congressman J. Pierce Priest noted that Oakley “was and is the living spirit of the Great Smoky Mountains.”

If you would like to learn about more colorful characters from the Smokies, be sure to check out our article about the Walker Sisters!