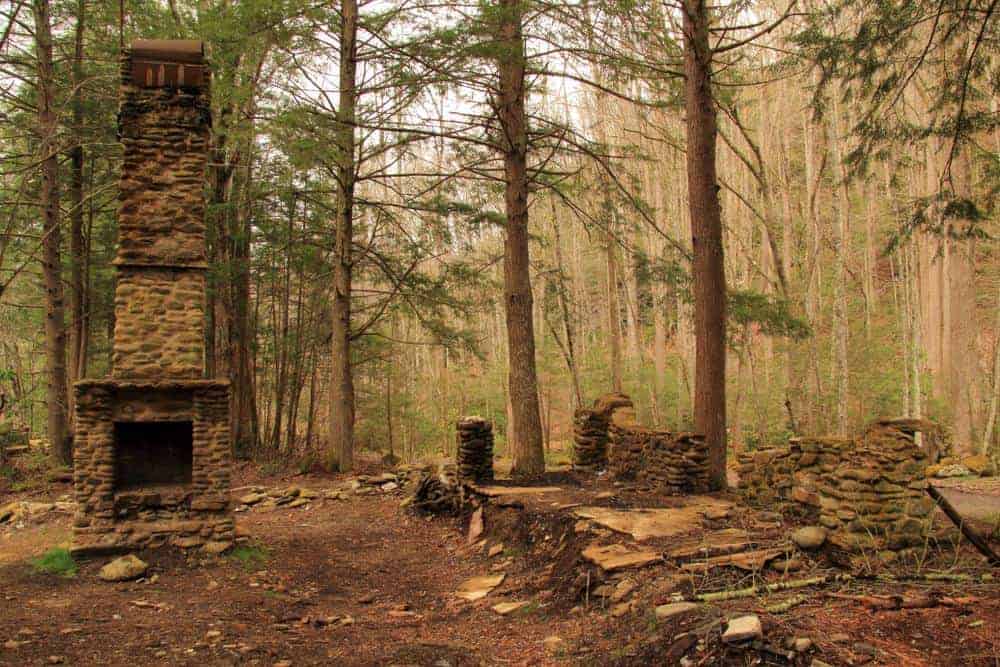 Everything You Need to Know About Elkmont Ghost Town

Have you ever visited the abandoned resort town in the Smoky Mountains? What was once a booming logging camp and resort town for wealthy vacationers slowly became a ghost town. Considered now to be one of the hidden gems in the Smokies, visitors love exploring the abandoned area. If you want to see this unique spot on your vacation, we’ve put together a guide of everything you need to know about Elkmont Ghost Town:

The History of Elkmont The Elkmont area was first settled in the 1840s. However, the community was originally known as “Little River” because of its location in the upper Little River Valley. In 1901, the Little River Lumber Company was formed when Colonel Wilson B. Townsend purchased 86,000 acres of land along the river. In order to transport the timber, Colonel Townsend built a railroad that connected the riverside logging site to his company’s sawmill in Tuckaleechee Cove. The logging railway contributed to turning the town into a top vacation destination! Wealthy families in Knoxville would take the train to the Smokies for weekend getaways, and the area was eventually bought so they could set up their own resort community. It was then that the town took the name of Elkmont.

How Elkmont Became a Ghost Town

When the national park was established in 1934, residents had to decide whether they would sell their homes for full value and relocate right away, or they could sell their properties to the National Park Service for a discounted price and get to stay in their homes for the remainder of their lifetime. Most of the leases expired in 1992, so the Great Smoky Mountains National Park had about 70 historic buildings with no one to maintain them. Because there was no one to take care of the cabins, they started to deteriorate. The large number of abandoned buildings eventually led to the town being called “Elkmont Ghost Town.”

What Stands in Elkmont Today? The National Park Service made the decision to preserve 19 buildings in Elkmont and tear down the rest. The demolition work in Elkmont was completed in 2018, and 19 historic buildings in total are going to be preserved for public visitation. Visitors can see and take a tour of the restored structures and get a glimpse into history! One of the most interesting cabins that stands in Elkmont today is the Levi Trentham cabin, which was preserved in late 2017. It’s one of the oldest buildings in this region of the Smoky Mountains and was relocated from the Jakes Creek area to Elkmont.

You can also hike the Jakes Creek and Little River trails past stone walls and chimneys, which mark the former locations of cabins that once stood in Elkmont. You’ll also see the Elkmont Troll Bridge, another hidden gem in the Smokies! Elkmont Ghost Town is also just steps away from the park’s largest campground, Elkmont.

How to Find Elkmont Ghost Town

Are you interested in visiting the ghost town for yourself and seeing the abandoned buildings? Elkmont Ghost Town isn’t hard to find! To get there, take US-411 from Gatlinburg to the Sugarlands Visitor Center. Drive toward Cades Cove for about 7 miles until you see a sign for Elkmont Campground. You’ll turn here until you see the ranger station about 4 miles down the road. Take a left at the sign for Elkmont Nature Trail, where you’ll find a parking lot. The lot is within walking distance of the historic structures in Elkmont.

Learn more about some of the historic buildings that have been restored in Elkmont Ghost Town, then plan a visit to the area yourself!