The bald eagle is one of the most majestic animals you can find in Tennessee’s Great Smoky Mountains. This August, two of the area’s eagles were returned to the wild after undergoing months of rehabilitation with the American Eagle Foundation in Pigeon Forge. Both of the eagles owe their lives to the quick thinking and kindness of two ordinary East Tennesseans. Read on to learn how these lucky eagles came to be released on Douglas Lake in the Smoky Mountains.

Finding Eagles in Their Backyards

This last spring, Patrick Wade was riding a four-wheeler on his farm in Knox County, TN when he came across an injured bald eagle. As Wade walked toward the bird, it tried to fly away, but it was unable to move. Springing into action, Patrick wrapped the eagle in his sweatshirt and brought the wounded bird to the University of Tennessee School of Veterinary Medicine in a dog crate. The eagle was suffering from a broken clavicle, probably the result of flying into a fence.

Patrick wasn’t the only good Samaritan to find an eagle in need of help. Here in Sevier County, Kim Osborne discovered a battered eagle in her backyard. After getting into a fight with another eagle, the bird was left with a nasty puncture wound in its abdomen.

Eventually, both Patrick’s eagle and Kim’s eagle were brought to the American Eagle Foundation in Pigeon Forge. This remarkable non-profit organization is dedicated to the rehabilitation, recovery, and breeding of bald eagles. Fans of Dollywood may know of the AEF through the park’s Eagle Mountain Sanctuary, which provides a home to the organization’s non-releasable bald eagles.

Watch the Release of the Eagles on Douglas Lake

Under the care of the AEF, the two eagles rebuilt their strength to prepare for their return to the wild. Douglas Lake in the Smoky Mountains was chosen as the spot for their release since several other bald eagles have been successfully reintroduced to their native ecosystem at this location. You can watch a video of the birds being released below:

For both Patrick Wade and Kim Osborne, watching their eagles fly away was a powerful experience. Wade has been a member of the Air National Guard for 28 years and commands the 1-230th helicopter assault battalion based at the McGhee Tyson Air National Guard Base. Watching America’s national symbol soar through the sky was “an incredible feeling” for Patrick.

Kim found the release of her eagle to be a bittersweet moment. She told the Knoxville News Sentinel, “I was a little bit sad to think he will be out here now on his own. I have to wonder if he’ll be OK. I hope he finds himself a female”.

Before letting the birds go, the AEF attached U.S. Fish and Wildlife Service bands to their legs, so the eagles will be easily recognizable if they are ever in need of assistance again.

Did you know that America’s most famous bald eagle lives in Pigeon Forge? “Challenger” is a non-releasable bald eagle who was trained by the AEF to fly over football stadiums, baseball fields, and other events. When you visit the AEF Headquarters in the Smokies, you can see Challenger in person. For more information, read our blog about Challenger! 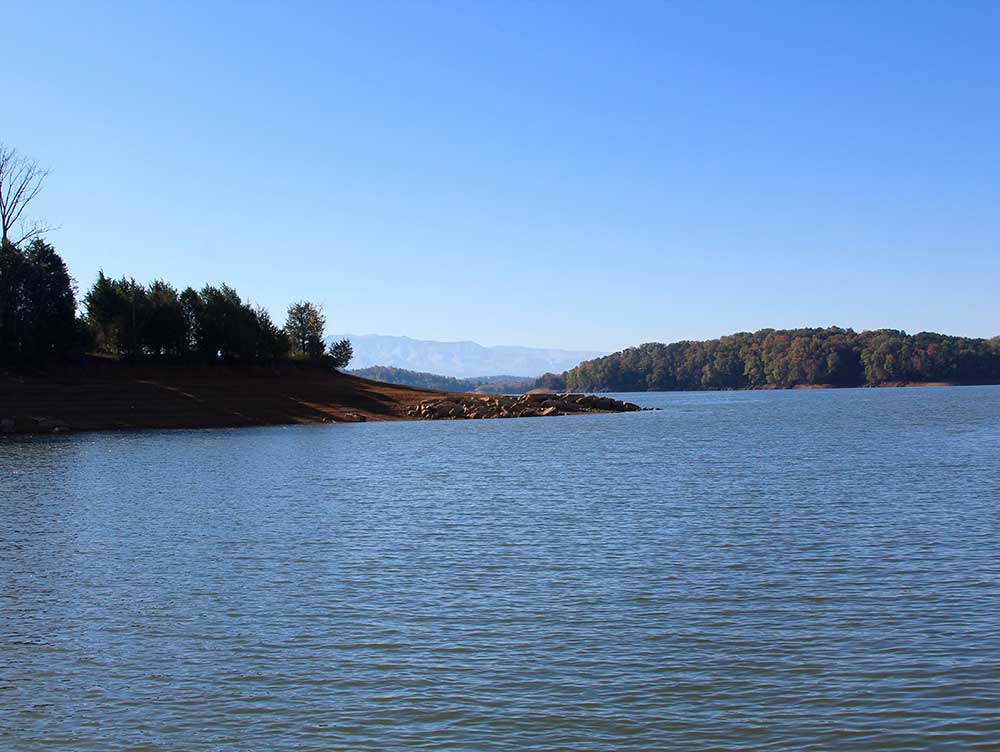 5 Interesting Facts About Douglas Lake to Know Before You Go Where to Find the Best Douglas Lake Boat Rentals

Top 6 Things to Do When You Visit Douglas Lake