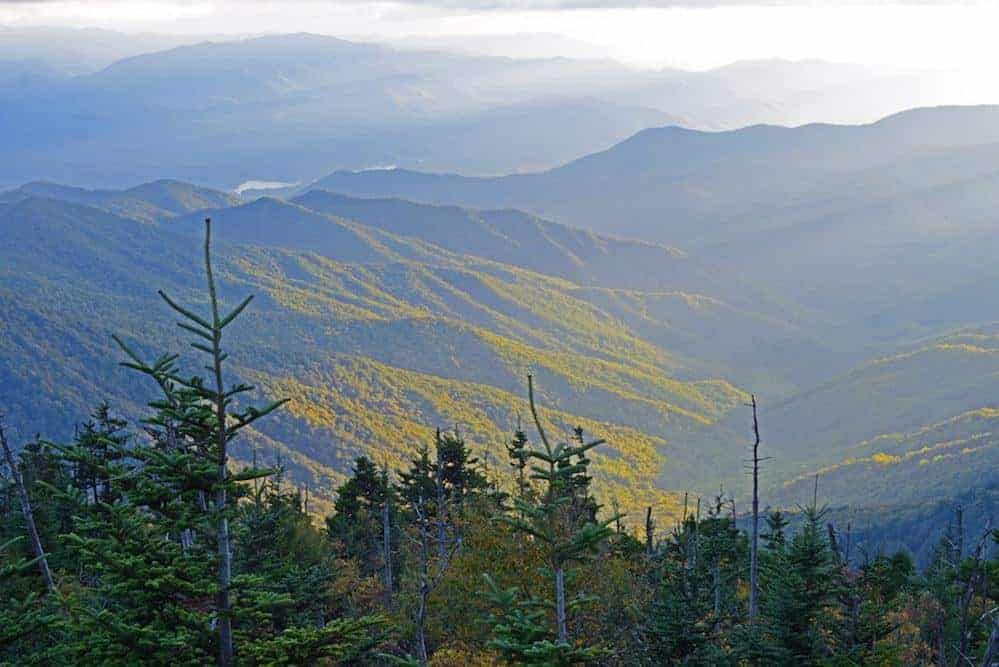 One of Tennessee’s most beloved songs is celebrating a milestone birthday this year! 2017 marks half a century since Felice and Boudleaux Bryant wrote the bluegrass tune “Rocky Top” in Gatlinburg, TN. Recorded by the Osborne Brothers, Lynn Anderson, and countless other artists, the song became a cultural phenomenon when it was adopted by the University of Tennessee as their football team’s unofficial fight song in the 1970s. In honor of Rocky Top’s 50th birthday, Visit My Smokies did a little research to bring you the history of the classic song.

A Stay at the Gatlinburg Inn Spawns a Hit

On August 28, 1967, the husband and wife songwriting duo Felice and Boudleaux Bryant checked into the Gatlinburg Inn to work on an album for Hee Haw star Archie Campbell. The Bryants were friends with the Inn’s owners, Rel and Wilma Maples, and they frequently stayed in room 388 to relax and write music.

Most of the songs for Archie Campbell’s record were slow-paced and melancholy, so Felice and Boudleaux decided to take a break by writing an uptempo song for their own amusement. Within 10 minutes, the Bryants had unwittingly written the biggest hit of their careers.

To celebrate 50 years of Rocky Top, the Tennessee bluegrass band Cannon Creek recently visited room 388 at the Gatlinburg Inn to perform the iconic song in its birthplace. You can watch the concert and an interview with legendary University of Tennessee quarterback Andy Kelly in the video below:

Rocky Top was originally recorded by the Osborne Brothers in 1967 and released as a B-side for their song “My Favorite Memory”. The song existed in relative obscurity until Nashville DJ Ralph Emery played it on the radio. After its initial radio debut, requests for the song started pouring into the station.

In 1970, Rocky Top reached new heights when it was covered by country singer Lynn Anderson. While the Osborne Brother’s rendition of the song peaked at No.33 on the Billboard Country charts, Anderson’s Rocky Top broke into the Top 20.

Theme Song for the Vols

During a 1972 football game against Alabama, the University of Tennessee’s Pride of the Southland Band played Rocky Top as part of their halftime performance. The song got such a huge response from the crowd that Rocky Top became a permanent addition (and later the centerpiece) of the band’s repertoire at each game. W.J. Julian, the UT band director for over thirty years, once joked that if Rocky Top was ever not played at a game, the fans would mutiny! The song is so deeply ingrained in Tennessee culture that it was made one of the state’s ten official songs in 1982. In the Bryants’ song, the singer yearns for a return to the simple life without “smoggy smoke” or “telephone bills” atop an idyllic place called Rocky Top, Tennessee. Although it has never been officially confirmed, some people suspect that the song refers to Rocky Top mountain, a peak in the Smokies located along the Tennessee-North Carolina border. If you are up for a 13.9-mile roundtrip hike, you can visit the summit of Rocky Top during your next vacation. For a less strenuous way to pay homage to Rocky Top, you can snap a photo in front of the Gatlinburg Inn on the Parkway!

Looking for more great songs inspired by the Smokies? Check out our Top 5 Songs About the Smoky Mountains for Your Vacation Playlist!