While contractors were working on Downtown Sevierville’s facelift, they discovered a piece of Sevierville’s history: 110-year-old Smoky Mountain railroad tracks! They called Sevier County’s historian, Caroll McMahan, who wasn’t surprised by their discovery. According to an article from WVLT, McMahan said that the railroad didn’t last in Sevierville because it didn’t make it there until 1910, and by that time the automobile had been invented.

Some people do remember the railroad! For those who remember riding the train, or their family members working on the railroad, there’s a sense of nostalgia. The tracks that were discovered are being removed and placed in Sevierville’s historical building. As for the train that used to travel on the railroad, “Slow & Easy,” you’ve probably passed by it and didn’t even know it! It’s parked outside of Dollywood’s visitor center on the Parkway in Pigeon Forge. The train ran from Knoxville to Sevierville more than 100 years ago.

About the Smoky Mountain Railroad The Smoky Mountain Railroad in Sevierville ran from Sevierville to Knoxville, TN from 1910 until 1961. It was originally called the Knoxville, Sevierville & Easter Railway, and was given the name Slow & Easy by locals. For its final 20 years of operation, it operated as the Smoky Mountain Railroad. This railway helped with the economical growth of Sevier County and also was an essential part in the haul of materials and equipment needed for construction of the Douglas Dam during World War II.

If you want to learn more about the Smoky Mountain railroad, all you have to do is stop by the Sevierville Visitors Center! You’ll find a display about the railroad and its history in Sevier County, as well as some unique items.

History of Trains in the Smoky Mountains

The Smoky Mountain Railroad and trains in the Smoky Mountains all played a major role in history. Though most people think the Dollywood Express trains were custom built for the theme park, that’s not the case. They were constructed in the late 1930s and early 1940s and traveled along the White Pass and Yukon route, a railroad that linked the port of Skagway, Alaska with the city of Whitehorse. This railroad was constructed during the Klondike Gold Rush. During World War II, the Dollywood trains helped with the transportation of construction supplies to Whitehorse. Sixteen years after World War II, one of the trains from the route became the star in Pigeon Forge’s new attraction, Rebel Railroad. The attraction’s signature train ride featured attacks from train robbers and fights between Union and Confederate army reenactors. As the theme park changed, more trains were added. Now, Dollywood is home to 4 of the original White Pass steam engines! To learn more about the history of the Dollywood Express, read our blog, “The Secret History of the Dollywood Trains During WWII.”

The Smoky Mountain railroad tracks that were dug up in Sevierville are just a small part of the city’s history! Learn more about Sevierville and what it has to offer before planning a trip to visit! 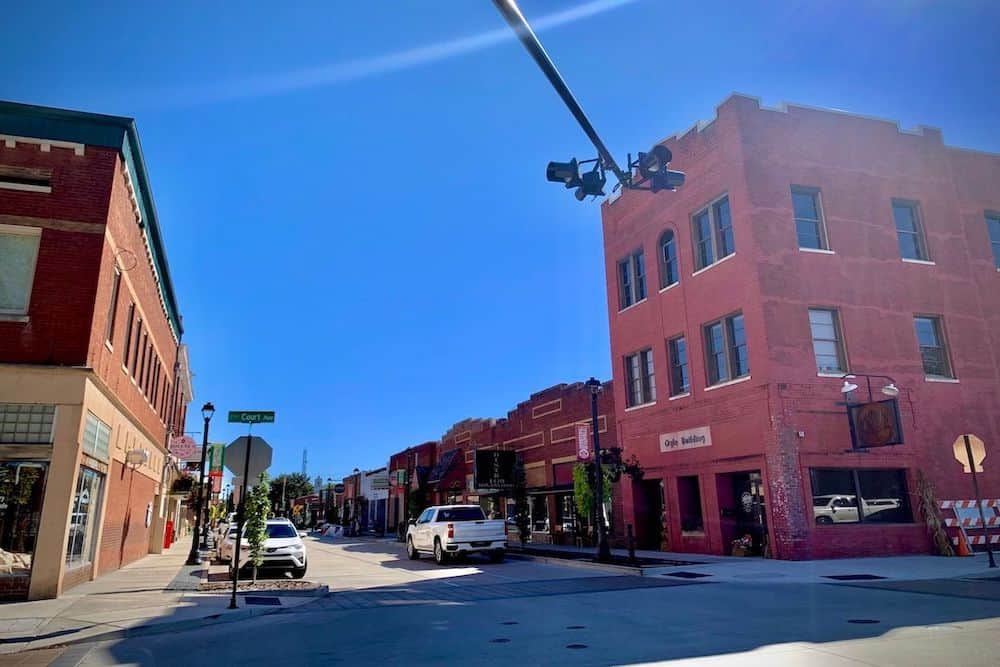