The South’s favorite theme park gets bigger and better every year, and 2018 is no exception! Dollywood recently announced a slew of exciting additions to the park for the coming year. Dubbed the “Season of Showstoppers”, 2018 will bring even more incredible musicians and performers to Dollywood. The theme park has expanded its entertainment budget by $1 million in order to attract some of the biggest musical acts in the world to Pigeon Forge. Visit My Smokies has all the details on the star-studded fun coming to Dollywood next season.

Who better to announce the Season of Showstoppers than the biggest showstopper of them all, Ms. Dolly Parton?! Dolly recently visited the theme park to share the exciting news with the Dollywood team and members of the press. You can watch Dolly’s presentation in the video below:

From April 11 – 29, 2018, Dollywood will host an all-new music festival! Known as the “Spring Mix”, this three-week event will feature big-name acts from a variety of musical genres. Here is a quick look at some of the performers who will appear on this year’s Spring Mix roster:

The specific dates and times for the Spring Mix concerts will be released closer to the festival. Another eagerly anticipated addition to Dollywood for 2018 will be the Plaza at Wilderness Pass. Located where the theme park’s River Battle ride once stood, this entertainment plaza will feature different decorations throughout the year to reflect Dollywood’s many festivals. Dollywood’s Public Relations Manager Wes Ramey explained the concept to the Knoxville News Sentinel:

“Guests will have an immersive experience [at the plaza]. They can sit down, take a break, and just enjoy the atmosphere of whatever festival we’re in. For example, during Great Pumpkin LumiNights, we’ll add all kinds of great harvest-themed decorations and pumpkins. And at Christmas, it will become “Glacier Ridge”…and the centerpiece of that will be a 30-foot tall Christmas tree that has video projection capabilities.”

All of Dollywood’s classic festivals will return in 2018 with even more great entertainment! Here is what you can expect at next year’s celebrations: 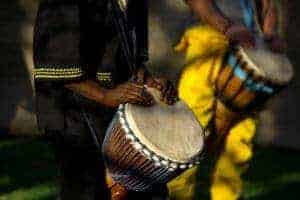 Festival of Nations (March 17 – April 9): This international-themed event will bring the Grammy award-winning South African choral group Ladysmith Black Mambazo to the theme park. Other acts booked for the festival include The Flamenco Kings starring Los Vivancos and the National Dance Company of Siberia.

Barbeque & Bluegrass (May 25 – June 10): Dollywood’s annual bluegrass festival will be a week longer in 2018! Rhonda Vincent & The Rage, Doyle Lawson and Quicksilver, and Dailey & Vincent will headline.

Rock the Smokies (August 25): The popular Christian rock music festival moves to August. TobyMac and Crowder will headline the event.

Harvest Festival (September 28 – November 3): Guests will enjoy even more carved pumpkin creations as part of the Great Pumpkin LumiNights. Other highlights of the festival include hundreds of free gospel performances, visiting crafters, and harvest-themed treats. Looking for even more insider information about Dollywood? Check out these 15 tips and tricks for saving money at the theme park!