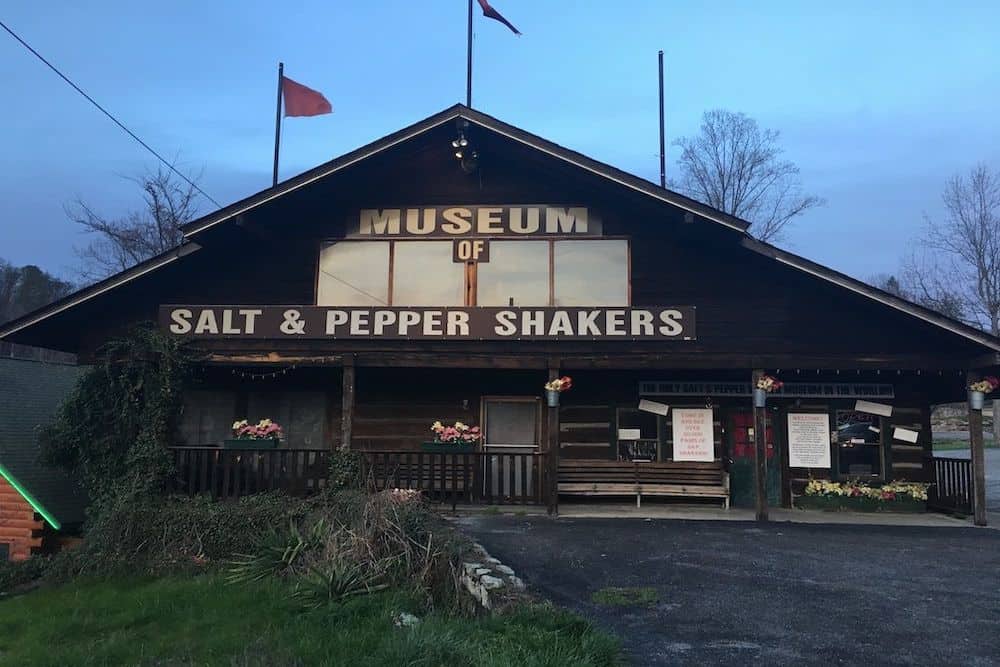 A Collection of Black and White in the Smokies

Museums can feature most anything – history, art,
rock and roll, glass, cuckoo clocks. It turns out there is a museum in
Gatlinburg that is unlike any other. In fact, you probably had no idea that
there was a need to preserve and study that most common of table accessories –
salt and pepper shakers.

The Salt and Pepper Shaker Museum
has more than 20,000 sets of salt and pepper shakers. Seriously. Your first
question has to be, why? It seems that the couple who own the museum did not
have a pepper mill that worked, so they set off to find one that did. One led
to two, two led to three and so on; which was fine, until their house was beset
by boxes of shakers. So the next logical move was to create a museum.

So what can you tell from a museum like this? Actually,
quite a bit. The way society evolves is probably the most evident. Dating all
the way to the 1500’s, shakers through the 20th century can reveal
the changing trends, values, feelings, etc., of a people. There is also the art
work. Several of the sets show remarkable detail and even though it may only be
displayed on someone’s breakfast table, the craftsmanship is impressive.

Finally, the owners say a purpose of the museum is
to bring people together. Many a family outing has revolved around food, and
salt and pepper was probably present. And besides, how many people do you know
that can say they visited the salt and pepper shaker museum? That’s what I thought – so be the first!