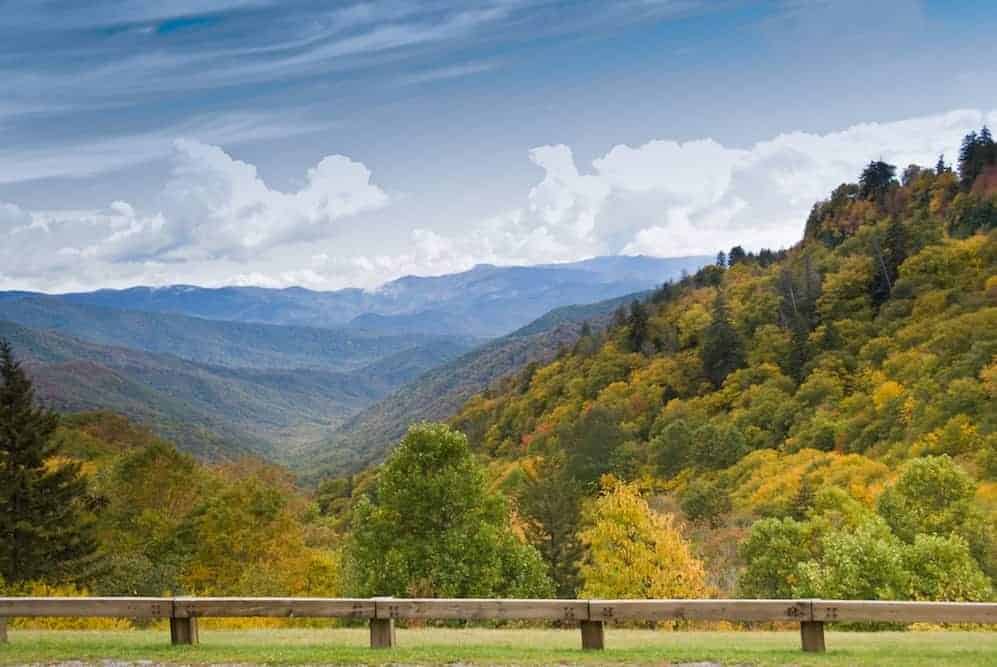 A Look Back at Smoky Mountain History: FDR Formally Dedicates the National Park

On September 2, 1940, President Franklin D. Roosevelt spoke from the Rockefeller Memorial and formally dedicated the Great Smoky Mountains National Park. The ceremony dedicated a sanctuary that is not a local park, a county park, or even a state park, but a national park for everyone in the country, and the world, to enjoy. This dedication ceremony took place at the Rockefeller Memorial Monument that can be seen on Newfound Gap. There were more than 10,000 people in attendance at the Great Smoky Mountains National Park’s dedication ceremony.

The Creation of the Great Smoky Mountains National Park Efforts to create a national park finally became successful in the mid-1920s, with supporters in Knoxville, Tennessee and Asheville, North Carolina. In May of 1926, President Calvin Coolidge signed a bill that provided for the establishment of the Great Smoky Mountains National Park and the Shenandoah National Park. The bill allowed the Department of the Interior to assume responsibility for administration and protection of the park when 150,000 acres of land had been purchased. One of the main groups advocating for the national park was motorists, mostly branches of the AAA, who wanted scenic roads where they could drive their shiny cars.

How They Got the Land

Acquiring the land for the park was another challenge. Since the government couldn’t buy land for national park use, the former political boosters became fundraisers. By 1928, a total of $5 million had been raised by the Legislatures of Tennessee and North Carolina, and individuals and private groups. The Laura Spelman Rockefeller Memorial Fund also donated $5 million. Even with the money raised, buying the land wasn’t easy since there were thousands of small farms and other miscellaneous parcels that had to be appraised. Timber and paper companies had equipment and inventory that required compensation, and families had to leave behind their homes. Lifetime leases were offered that allowed some people to stay temporarily, and others were granted leases on a short-term basis. However, those who stayed could not cut timber, hunt or trap at will. By 1934, Tennessee and North Carolina had transferred deeds for 300,000 acres to the federal government, and Congress authorized full development of public facilities. The Civilian Conservation Corps, which was created during the Great Depression to provide work and wages for unemployed young men, helped with the early development of facilities and restoration of settlers’ buildings. In fact, many of the trails, campgrounds and buildings in the park were built by the CCC! On June 15, 1934, the Great Smoky Mountains National Park was officially established.