While everyone enjoys spending the day taking in the beauty of the Smoky Mountains, they might not think of all the people that helped shape what it is today. There are countless people who worked long and hard to transform the beautiful landscape into the place where millions of people congregate every year. Here are 6 people who had a hand in the early history of the Smoky Mountains:

The Cherokee Indians trace their history in the Smokies back more than a thousand years. Before the first settlers traveled over from Europe, the Cherokees had set up a society that was based on hunting, trading, and agriculture. An interesting fact about this early tribe is that they spread out all over the Smokies in small communities. Each individual village had its own leaders which made it easier to manage the tribe as a whole. The tribes were able to thrive through much of their early history until the period known as the “Trail of Tears” when they were forced off their lands. John Oliver and his wife Lurena are known as the first permanent European settlers in Cades Cove. Even though it was not legal to own land in the area until 1819, settlers started arriving a few years before then. When Oliver arrived in Cades Cove in the 1820s, the only road that was there was a small trail and he did not have a working grist meal. During his first winter in the Smoky Mountains, he had to rely heavily on the assistance of the Cherokee Indians to survive. When you visit Cades Cove today, you will come across the John Oliver Cabin. It is estimated to have been built around 1850, making it one of the oldest structures in the Great Smoky Mountains National Park.

As you drive around town, you will see many references to the famed Tennessee hero Davy Crockett. What some people do not realize is the impact that he had on the early history of the Smoky Mountains. Roughly 10 years before he made a name for himself at the Battle of the Alamo, he played a role in the political realm of Tennessee. After serving in the Tennessee legislature, he went on to serve three non-consecutive terms in the United States House of Representatives beginning in 1826. He was most known for his stance against President Andrew Jackson’s Indian Removal Act. Even though it was an unpopular opinion, Crockett felt like it was wrong to vote against his conscience. As the first governor of Tennessee, John Sevier played a major role in the development of the Smoky Mountains. Both the city of Sevierville and Sevier County both take their name from him. Sevier held the position of governor for six terms and is known for his rivalry with Andrew Jackson. The two of them never saw eye to eye, and it almost led to a duel between the two after Sevier’s inauguration.

Believe it or not, the Great Smoky Mountains National Park was not officially dedicated until the mid 1900s. On September 2, 1940, President Franklin D. Roosevelt formally dedicated the park. The ceremony took place at the Rockefeller Memorial Monument that can still be seen on Newfound Gap today. Even though you might think this was a huge event, there were only about 10,000 people in attendance. The dedication to the park came just over six years after the park was established. So the next time you spend the day hiking or fishing, take time to thank FDR for making it all possible! William and Martha Jane Ogle were the first people to settle in what is known today as Gatlinburg. After William moved to the area in 1802, he started calling it “The Land of Paradise.” He made it his mission to build a cabin made from hand cut trees for him and his family. However, when he went back to get his wife and their children, he became ill and passed away before making it back. A few years later, Martha and some other family members returned and finished the cabin that William had begun. It is crazy to think that the city of Gatlinburg went from one little cabin to what it is today in just over 200 years!

Now that you know about just a few of the people who had a hand in shaping the history of the Smoky Mountains, you can further appreciate the area on your next visit! As you plan your next vacation, be sure to check out all the fun places to discover in the area. We can’t wait to see you soon in the Smokies! 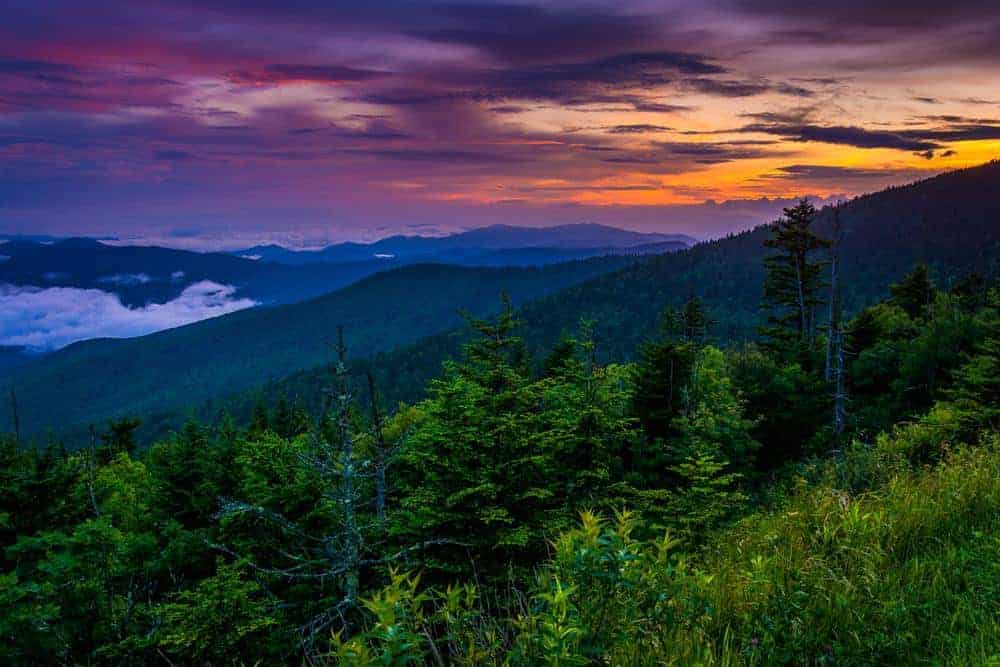 Fact or Fiction: The Most Common Myths About the Smoky Mountains