About the Priceless Cades Cove Artifacts Before the National Park Service bought the land, Dan and Sidney Lawson lived in Cades Cove. The two were well known in their community — Dan Lawson led singing at the Methodist Church, and Sidney Lawson helped educate children. Their great-granddaughter, Robin Derryberry, donated some of the family’s items to the national park. Among those items are a handmade dresser, a family Bible, and wedding and other portraits. Dan Lawson had built the dresser as a wedding present for his bride. Derryberry said that her family wanted the items to be in a place where they can both be enjoyed by the public and preserved for future generations, which is why they are now a part of the Collections Preservation Center.

About the Collections Preservation Center

The Collections Preservation Center where the artifacts are being held is located in Townsend. It is home to park archives, as well as artifacts, textiles, furnishings, and other historic items related to the Great Smoky Mountains National Park. In addition to the Lawson family’s items, some of the artifacts in the center include farm implements and even clothes! All of the artifacts kept in the center have to have been made or used by people in the park, and has to be able to be preserved. Please note that access to the collections in the center is available by appointment only. Dan Lawson built this cabin on property that originally belonged to his father-in-law, Peter Cable, who was a relative of John P. Cable. John P. Cable built the famous grist mill in Cades Cove. What’s unique about this cabin is that it has a brick chimney. The bricks were handmade on the property. While the original cabin was made of logs, sawed lumber has been added, as well as the addition of a second story and porch. The porch served as a place for the post office that was run from the home. The property was also home to a granary and smokehouse. You can find the Dan Lawson Place along the Cades Cove Loop! It’s about three-quarters of the way along the 11-mile road. For more information about the Cades Cove Loop Road, read our blog, “Step-By-Step Guide to the Cades Cove Loop Road.”

It’s no secret that Cades Cove is rich in history. Part of what makes it one of the most popular places in the Great Smoky Mountains National Park is the opportunity for visitors to see and explore the historic structures. For more than 100 years before the park was established, many families worked and played in Cades Cove. When the first large piece of land was purchased in 1927, a few families willingly sold their land and moved out of Cades Cove, but some resisted the effort and others signed life-leases that allowed them to live on their land for the rest of their lives. As residents started to leave the cove, the need for facilities and services decreased. The last school in Cades Cove closed in 1944, and the post office closed in 1947. In 1945, the National Park Service designated Cades Cove as a “historical area.”

Plan Your Visit to the Great Smoky Mountains National Park If you’re interested in learning more about Cades Cove and the history of the national park, start planning your visit! You can go for a drive along the Cades Cove Loop and see the Dan Lawson Place, as well as other historic structures, like the John P. Cable Grist Mill. Learn more about the Great Smoky Mountains National Park today, then plan your trip! 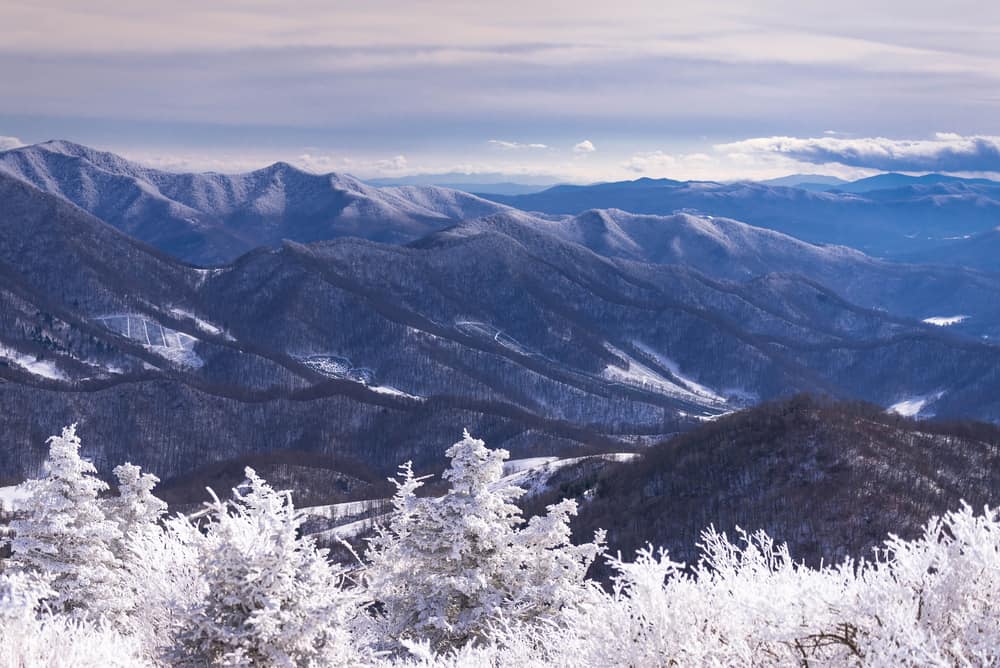