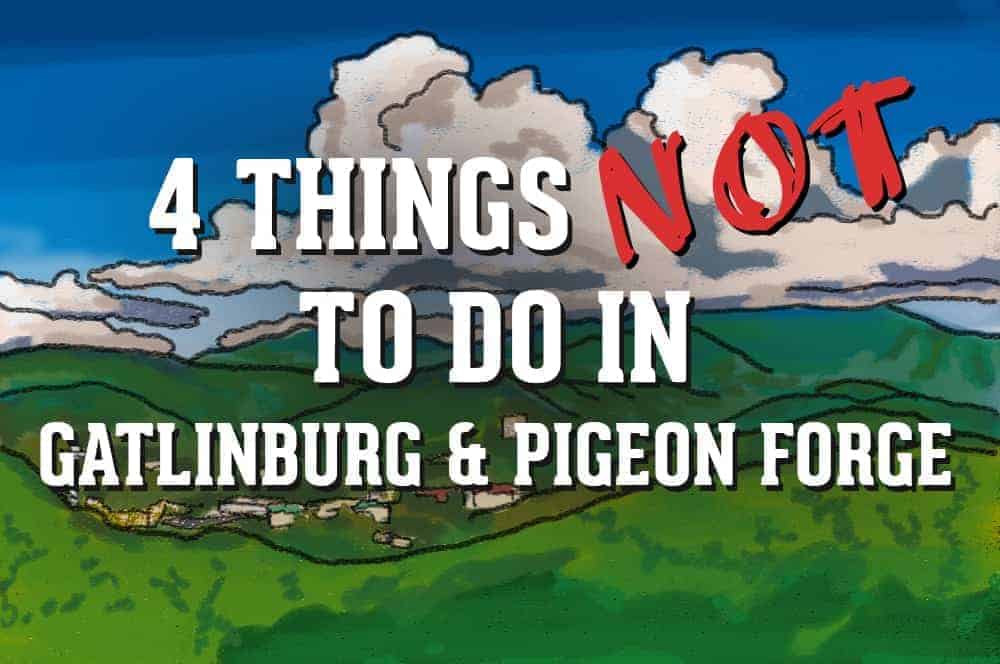 4 Things NOT to Do in Gatlinburg and Pigeon Forge

Here at Visit My Smokies, we typically tell you all about the best things to do in Pigeon Forge and Gatlinburg. Frankly, we think we do a pretty good job. However, we have let our readers down in one crucial area: we rarely tell you what to avoid doing on your vacation. In this blog, we will correct this glaring oversight by sharing the top four things NOT to do in Gatlinburg and Pigeon Forge. Yes, we know that there are waffles on the menu. And you know what? They’re probably pretty good. But none of that matters, because the name of the restaurant is the PANCAKE PANTRY, not the Waffle Warehouse! Why on earth would you go to a place that is world famous for it’s delicious buttermilk pancakes and order a waffle? That is like spending an afternoon with Peyton Manning and playing a game of pickup basketball. Sure, Peyton can probably make his fair share of three pointers, but he’s not going to be starring in the sequel to Space Jam.

Gatlinburg is the pancake capital of the world. If you’re not on board with eating your weight in flapjacks during your vacation, you need to take a long hard look at your life.

(See Also: 4 Places to Eat Pancakes in Gatlinburg That Are Worth Getting Out of Bed For)

2. Don’t Disguise Yourself as Dolly Parton to Get into Dollywood for Free 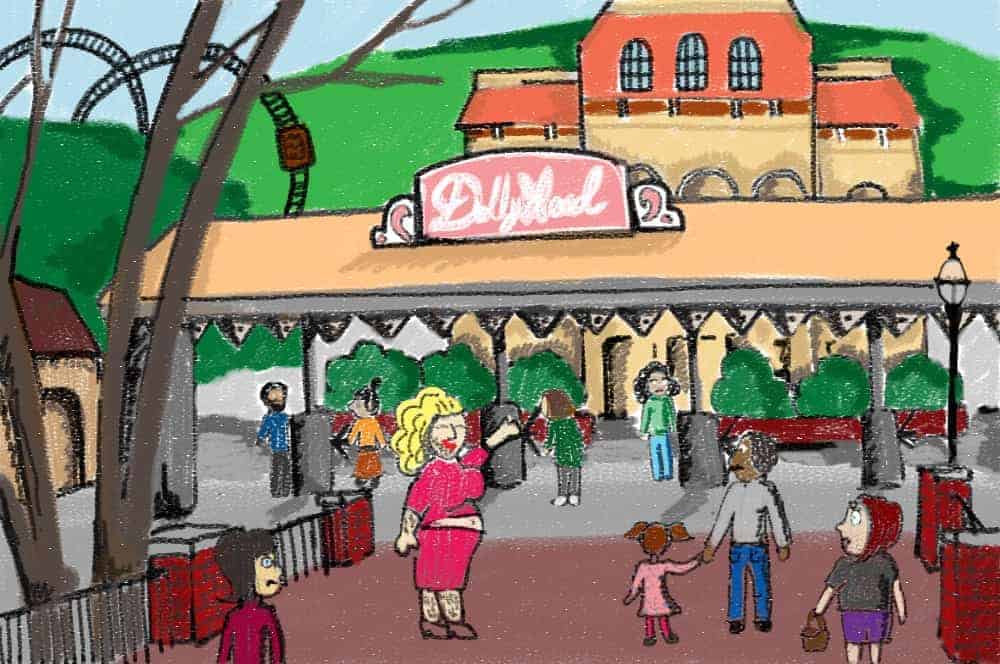 We’ll admit it: at first glance, this seems like a foolproof plan. Throw on a blonde wig, go heavy on the makeup, bedazzle the heck out of your favorite blazer, and voila, you can stroll right into Dollywood because everyone will think that you own the place. However, (and we’re speaking from experience here) it’s not as easy as it seems.

Even if you can convince security that you are in fact the Queen of Country Music, the second you get inside the park, you’re going to be mobbed by adoring fans and autograph seekers. Inevitably, someone will want you to sing “Jolene”, and unless you have the pipes for it, you will be exposed as a fraud, and someone will rip off your wig like an unhappy child who pulls on Santa’s beard at the mall. After that, your only hope is to escape the park before

a.) you are tarred and feathered by the fuming throngs of disappointed Dolly fans, or

b.) you are captured by security and left to spend the rest of your miserable existence in Dollywood’s secret underground prison system.

3. Don’t Recreate Scenes from the 1997 Movie at the Titanic Museum 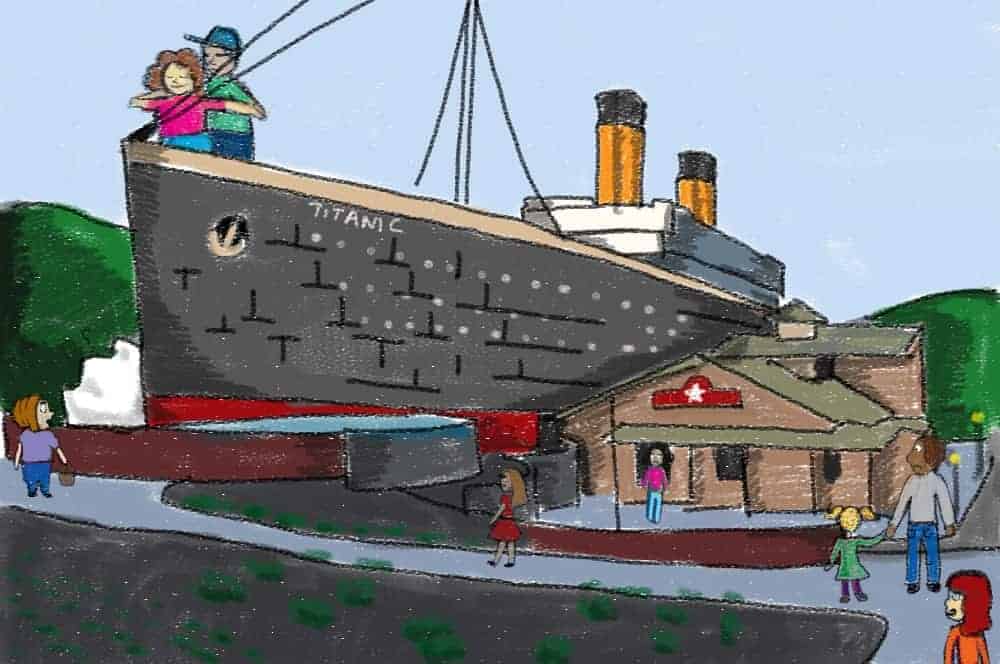 Look, we like James Cameron’s Titanic as much as the next travel and tourism website. But climbing to the top of the Titanic Museum and shouting, “I’m the king of the world!” won’t make you appear to be a charming free spirit like Leonardo DiCaprio. It will just make you the most unpopular guy at the Titanic Museum, and that includes the upper class snobs who took all of the good seats in the lifeboat. We also don’t recommend clasping a stranger’s hand, staring earnestly into his eyes, and telling him, “I’ll never let go, Jack…I’ll never let go.”

4. Don’t Pick Up That Short, Dark, and Furry Hitchhiker in Cades Cove 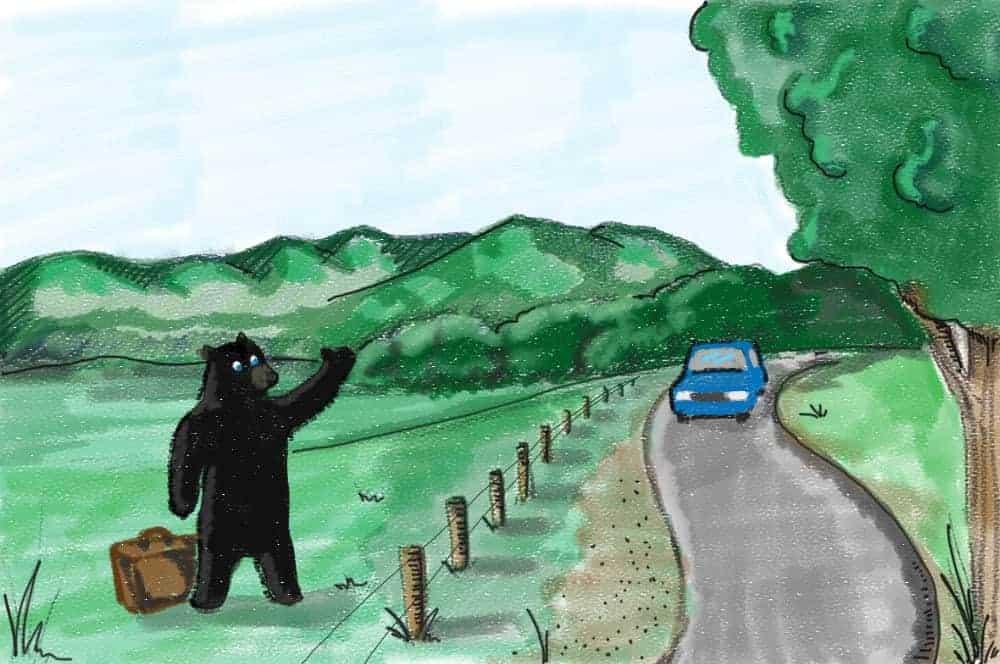 We don’t care what he tells you. He might say that his car broke down a few miles back and he could really use a lift. He might make up a sob story about his poor Mama who is in the hospital in town. Whatever you do, don’t let him into your car, because he is most definitely a bear, and bears are not to be trusted.

Sure, they may look cute, but bears always choose the worst radio stations, they complain that they have to pee every 20 minutes, and if you pick up some food at McDonald’s, they will use all of the ketchup packets. Also, they might try to eat you, which can be a real bummer. So, if a bear asks you for a ride in Cades Cove, politely (but firmly) refuse and suggest that he rent a bicycle at the campground store instead.

Now that you’re caught up on everything not do in Gatlinburg and Pigeon Forge, Visit My Smokies can get back to doing what it does best: giving advice about what you should do on your getaway. For 22 great vacation activities, check out our Ultimate Smoky Mountain Bucket List!